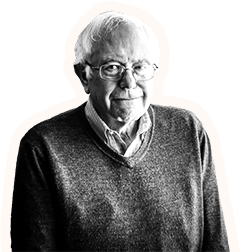 There is a global struggle taking place of enormous consequence. Nothing less than the future of the planet – economically, socially and environmentally – is at stake.

At a time of massive wealth and income inequality, when the world’s top 1% now owns more wealth than the bottom 99%, we are seeing the rise of a new authoritarian axis.

While these regimes may differ in some respects, they share key attributes: hostility toward democratic norms, antagonism toward a free press, intolerance toward ethnic and religious minorities, and a belief that government should benefit their own selfish financial interests. These leaders are also deeply connected to a network of multi-billionaire oligarchs who see the world as their economic plaything.

It should be clear by now that Donald Trump and the rightwing movement that supports him is not a phenomenon unique to the United States. All around the world, in Europe, in Russia, in the Middle East, in Asia and elsewhere we are seeing movements led by demagogues who exploit people’s fears, prejudices and grievances to achieve and hold on to power.

This trend certainly did not begin with Trump, but there’s no question that authoritarian leaders around the world have drawn inspiration from the fact that the leader of the world’s oldest and most powerful democracy seems to delight in shattering democratic norms.

We must understand that these authoritarians are part of a common front. They are in close contact with each other, share tactics and, as in the case of European and American rightwing movements, even share some of the same funders. The Mercer family, for example, supporters of the infamous Cambridge Analytica, have been key backers of Trump and of Breitbart News, which operates in Europe, the United States and Israel to advance the same anti-immigrant, anti-Muslim agenda. Republican megadonor Sheldon Adelson gives generously to rightwing causes in both the United States and Israel, promoting a shared agenda of intolerance and illiberalism in both countries.

In order to effectively combat the rise of the international authoritarian axis, we need an international progressive movement that mobilizes behind a vision of shared prosperity, security and dignity for all people, and that addresses the massive global inequality that exists, not only in wealth but in political power.

In a time when facts don’t matter, and science is being muzzled, American democracy is the real victim

There is a new incumbent in the White House, a new Congress has been sworn in, and scientists around the country are nervous as hell.

We’re nervous because there seems to be a seismic shift going on in Washington, D.C., and its relationship with facts, scientific reality, and objective truth has never been more strained.

Already, in the opening days of his administration, Mr. Trump’s Press Secretary, Sean Spicer, willfully ignored clear, empirical evidence about the size of the inauguration crowds, and bristled at the suggestion experts said they were smaller than in years past. He seemed almost paranoid, and insinuated that a media conspiracy—rather than simple arithmetic—was trying to embarrass his boss. And the Trump Administration continues to claim, without any evidence, that widespread voter fraud cost Mr. Trump the popular vote, even though this has been thoroughly debunked by numerous, bipartisan sources—including his own lawyers.

Even more bizarrely, Kellyanne Conway, a senior advisor to Mr. Trump, has offered up the notion that “alternative facts”, rather than actual truth, were in play now. I don’t know what “alternative facts” are, but I think my parent’s generation would have called them “falsehoods” or even “lies.”

But it’s not just absence of facts that’s troubling, it is the apparent effort to derail science and the pursuit of facts themselves.

Ultimately, a healthy democracy depends on science. The pursuit of truth, having an informed citizenry, and the free and open exchange of ideas are all cornerstones of our democracy. That’s one thing that always made America truly great—the fact that, when all is said and done, evidence and the truth would always win the day in America. Without that, we join the league of ordinary nations.

I have traveled to more than 70 countries. In 2016 alone, I have been on six continents. I have never been to a place that was not endowed with people, history, culture, or other qualities that did not recommend it — even the roughest of places in the roughest of times. The world is like that. It’s not a bad place.

Yet every time I return home to the United States, I feel a surge of pride and joy. There is no place else I would rather live, no place with so much to recommend it. From natural splendors to economic opportunities, from personal freedoms to the riches of our cultural mosaic, this is a wonderful country, and it’s getting better all the time.

I know that’s not a popular point of view in some quarters these days. If you’ve listened to much of the rhetoric of this election year, you would think we were on our knees. The slogan of one of our major political parties at the moment is “Make America Great Again,” implying that we are not great now, that we have lost our mojo. But I would argue that not only are we still great; we are greater than ever.

In fact, we are at a special moment in our history.

But this election is revealing not only the greatness of democracy but the greatness of the American people. Democracy — messy, ugly, coaxing out of the shadows our inner demons — is actually working. When this election is said and done, provided voters do not become too complacent and do their duty on Election Day, not only will sanity prevail and the most qualified candidate win (and Hillary Clinton is one of the most qualified, accomplished, and deserving candidates for president America has ever seen), but the forces of darkness will be repudiated soundly, unmistakably rejected by the majority of the American people.

“Journalists wanted for international news agency,” read the Guardian job ad. As an editor in an industry where legitimate opportunities are few and far between, you apply for pretty much any full-time job you see, so apply we did. A couple of months later, we arrived in Ankara, Turkey, ready to “write history” as the first international journalists to be welcomed into the Anadolu Agency (AA) family.

We joined the agency in January, supposedly to edit English-language news, but quickly found ourselves becoming English-language spin doctors. The AA’s editorial line on domestic politics—and Syria—was so intently pro-government that we might as well have been writing press releases. Two months into the job, we listened to Deputy Prime Minister Bülent Arınç talking some shit about press freedom from an event at London’s Chatham House, downplaying the number of imprisoned journalists in Turkey. Soon after that, we got the chance to visit London on business. We grabbed it and resigned as soon as we hit UK soil.

Established in 1920, the AA was once a point of national pride. Today, it’s at the end of one of the many sets of strings in the ruling AK Party’s puppet parade. Most of Turkey’s TV stations are heavily influenced by the state, and the few opposition channels can expect to have their licenses revoked at any time or be banned from broadcasting key events, such as live election footage or anything that might detract from how fantastic the government is doing.

For example, Turkey’s media regulator, RTUK, fined the networks that aired footage of last year’s Gezi Park protests. Funnily enough, the watchdog is made up of nine “elected” members nominated by political parties—and the more seats in parliament a faction has, the more influence it possesses.

Media outlets that aren’t being hounded by RTUK can always look forward to direct intervention from Prime Minister Tayyip Erdogan himself. In 2009, independent mogul Aydin Dogan’s media group—made up of various newspapers and TV channels, CNN Türk, and a news agency—was fined $2.5 billion for evading taxes. Incidentally, the audit came just after one of the group’s platforms published news on the Lighthouse charity scandal, which saw a German court convict three Turkish businessmen for funnelling $28.3 million into their personal accounts.

In one recent leaked recording, Erdogan is heard asking his former justice minister to ensure that Dogan be punished. Since then, the Dogan empire has been bound and gagged accordingly.

The international media relies increasingly on local sources when reporting domestic affairs overseas. The Gezi protests aside—which had nearly as many “live blogs” as protesters—much of Turkey’s English-language news came via Today’s Zaman, the largest English-language newspaper in Turkey. The leadership of the Zaman newsgroup is closely linked with the Islamic teacher and international education mogul Fethullah Gulen, a former ally of the AK Party who now lives in self-imposed exile in Pennsylvania.

“The whole dream of democracy is to raise the proletarian to the level of bourgeois stupidity” Gustave Flaubert complained in his letter to George Sand in 1871. In the 1800s, democracy could be described in such simple terms. But as time progressed, so did the demands and perceptions. Today, talking about democracy demands more than providing every citizen the power to vote.

This week Turkey welcomed the news to be invited to join the Development Assistance Committee (DAC ), known as the “club of rich countries.” Erik Solheim, the newly elected chair of the OECD, stated that the Turkish aid provided to Africa and to Somalia in particular drew their attention and demonstrates the significant progress Turkey has made. According to OECD DAC figures, the total amount of Turkey’s official development aid in 2012 was $2.5 billion, a 99 percent increase in 10 years. In 2002, Turkey’s aid totaled $86 million and $1.3 billion in 2011—the assistance provided by other OECD member countries decreased 4 percent in 2012.

Positive story so far. But (and there is a but) I have to say Turkey still doesn’t have its own identity in democracy, nor does it have a democratic tradition. As we progress in general terms, in terms of finesse in democratic culture we are being more aware of our gaps every day. Of course steps are being taken to fully amend the constitution and make a more pluralistic, more peaceful society. Turkey’s constitutional problem possess a major challenge to democratic consolidation, however, in the latest democratization package, there were regulations for many ethnic and religious groups, especially for Kurdish people such as the right to education in different languages at special schools, lifting of the legal barriers for the use of Kurdish town names and permission to advertise in different languages and dialects.

One thing our politicians fail to consider is: perception is the only reality in politics – as our former Foreign Minister Yaşar Yakış so eloquently stated. If you look like an Islamist and talk like an Islamist, you will be known as one no matter how many freedoms you provide to your society. Passing an alcohol restriction fully in line with EU countries does not make AK Party an Islamist party but letting bigoted scholars talk about the indecency of pregnant women walking on the streets, does. Letting hijab wearing women go to universities and enter governmental institutions does not make AK Party an Islamist party, but criticizing a host on tv for her revealing clothes, certainly does. In terms of legislation, there is no gender segregation in Turkey, only positive one towards women. But if a society can still comment on women’s clothing and not men’s, how much equality of genders can we talk about in a society? If the dissents can find one leak in civil liberties, doesn’t it justify all other criticism? Still to this day neither the party nor the person who publicly criticized the ladies outfit apologized.