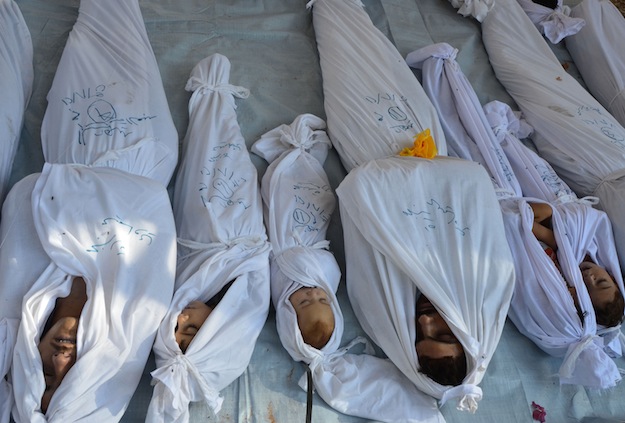 Last Wednesday, in the hours after a horrific chemical attack east of Damascus, an official at the Syrian Ministry of Defense exchanged panicked phone calls with a leader of a chemical weapons unit, demanding answers for a nerve agent strike that killed more than 1,000 people. Those conversations were overheard by U.S. intelligence services, The Cable has learned. And that is the major reason why American officials now say they’re certain that the attacks were the work of the Bashar al-Assad regime — and why the U.S. military is likely to attack that regime in a matter of days.

But the intercept raises questions about culpability for the chemical massacre, even as it answers others: Was the attack on Aug. 21 the work of a Syrian officer overstepping his bounds? Or was the strike explicitly directed by senior members of the Assad regime? “It’s unclear where control lies,” one U.S. intelligence official told The Cable. “Is there just some sort of general blessing to use these things? Or are there explicit orders for each attack?”

American intelligence analysts are certain that chemical weapons were used on Aug. 21 — the captured phone calls, combined with local doctors’ accounts and video documentation of the tragedy — are considered proof positive. That is why the U.S. government, from the president on down, has been unequivocal in its declarations that the Syrian military gassed thousands of civilians in the East Ghouta region.