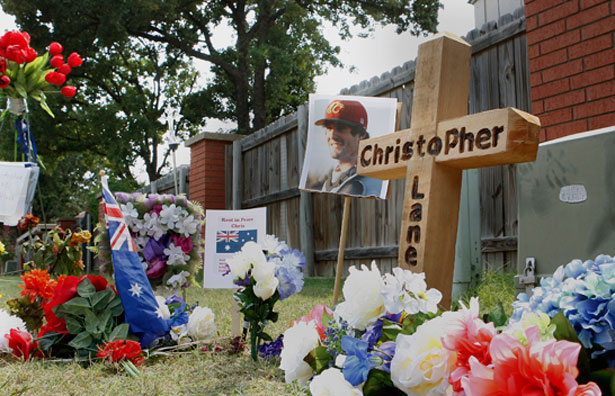 The tragic murder of Australian student Christopher Lane is being exploited by the right to stoke fears of a race war.

As the nation takes stock of the fiftieth anniversary of the March on Washington, I’m listening to a news program playing a recording of Dr. Martin Luther King Jr. speaking of peace and reconciliation and mountaintops to be crested. I’m also online, watching my screen blink with discussions about current events like the dismissal of a racial harassment suit against Paula Deen and the debate over New York’s stop-and-frisk policies. The decades-long span of unsolved issues and endless crises fills me with sadness and unease.

According to a recent Pew poll, “Blacks were nearly three times as likely as whites to be living in poverty. And the median net worth of white households was 14 times the median net worth of black households.” But this disparate reality is felt very differently: nearly twice as many blacks as whites feel that blacks are treated less fairly by police and the courts; blacks are three times more likely than whites to feel that blacks are treated less fairly in employment, education, hospitals and stores. These findings are consistent with a trend documented by a 2011 article in the journal Perspectives on Psychological Science: whites now see anti-white bias as a bigger problem than bias against blacks—or as the study’s title puts it: “Whites See Racism as a Zero-Sum Game That They Are Now Losing.”

Read more at The Nation.